Boatrocker due to open barrel tasting room. Kate freaks out. 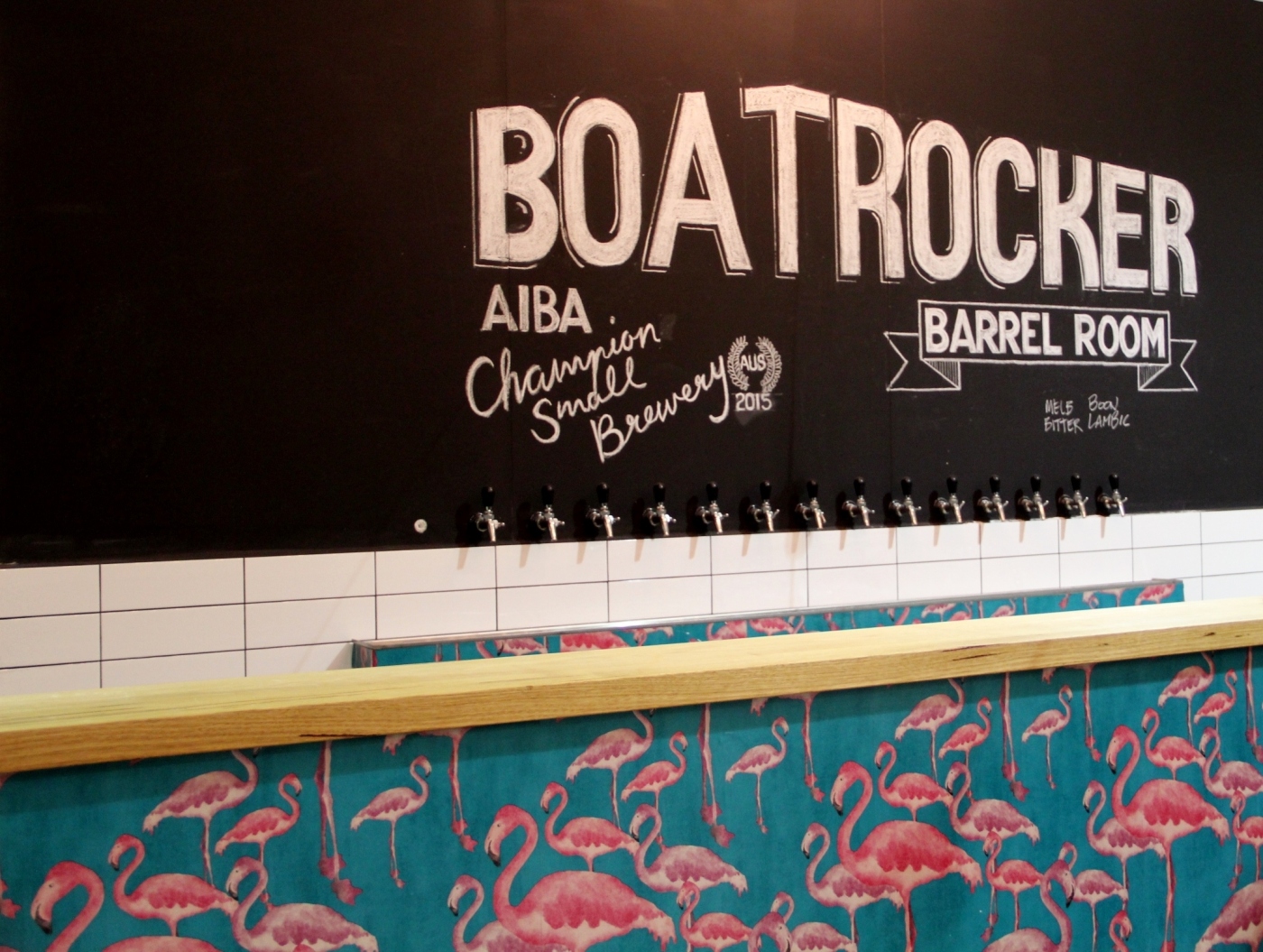 Boys and girls, it is time to get excited. Boatrocker is opening a barrel-tasting room, with a ridiculous range of sours and barrel-aged wonders. And how do I know they’re wonders? I got to try some last week.

It turns out while Matt Houghton, the soft-spoken brewer behind Boatrocker, was creating easy-drinking and hoppy beers like Alpha Queen and Smash!, he had several barrels out the back loaded with Brett, Lambicus, Brux, Pedio, Lacto, and various other goodies.

And we’ll soon get to taste these because 1) they’re nearly ready and 2) Boatrocker are opening their own tasting room.

The new tasting room will be across the road from the brewery in Braeside. When I visited, Matt warned me that it was still a bit of a mess, the opening day being three weeks away. But it really wasn’t that bad, and you could see it really coming together. The bar is totally kick-arse (it has 14 taps and pink flamingos) and the imagery is quite funny, making out that Braeside it a cool, hip suburb, when really it’s semi-industrial and a wee way from the train station.

Now, we already had more than a hint that Boatrocker is good with barrels. We’ve had two good seasons of Ramjet and – from what I sampled – we’ve got another one on the way. There’s also more experimentation going on with dark beers and bourbon barrels, but probably not the style you’re thinking of (I’m terrible at trying to be mysterious).

And the sours – well, I only got to try one, but it was glorious. Acidic as fuck, although Matt reckoned it still had a little way to go. He reckons he’s going to serve it uncarbonated, which I find unusual, but I trust him.

The other names on the barrels hinted at things to come – I’m particularly keen for the Flemish Red to come of age.

The tasting room is due to open in a couple of weeks (an exact date is yet to be announced) and the address is 34 Macbeth St, Braeside. The best way to know when the opening is will be to follow Boatrocker on Facebook or Twitter.